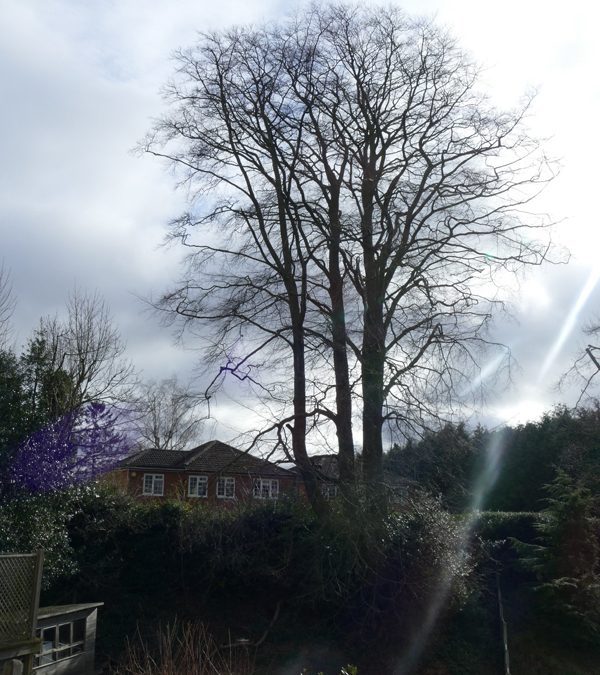 Our tree surgery team recently reduced the crown of this veteran beech tree in a garden in Princes Risborough in South Bucks. This was the largest tree in the area by some margin and still in very good health.

We estimated the age of this Beech (Fagus sylvatica) at around 180 years. The stem diameter was around 200 cms and it had reached around 26 meters in height. The owner loved his Beech tree and was only concerned for its safety and health. We inspected the tree and found one bracket of a decay fungus, Polyporus squamosus known as Dryad’s Saddle. The fungus was fruiting from an old branch stub at around 12 metres height. This fungus causes a white rot and can be associated with limb fracture. It is not uncommon on mature Beech trees. The fungus appeared to be fairly localised to one part of the tree crown.

We advised crown reduction to reduce the wind loading  and end weight on the crown structure.  The before and after photos show the extent of the tree surgery work undertaken.

Overall we removed around 4 metres from the overall tree height and around 3 metres from the radial crown spread.  As always the focus of the work was to ensure that the finished tree retains a natural form with flowing branch form. Pruning cuts are made with skill and accuracy to maximise callus growth and minimise opportunity for decay.

It is especially important to not over prune mature Beech trees and to retain sufficient foliage volume and density.

The photo below shows more clearly how the pruning cuts are targeted to retain good natural form. 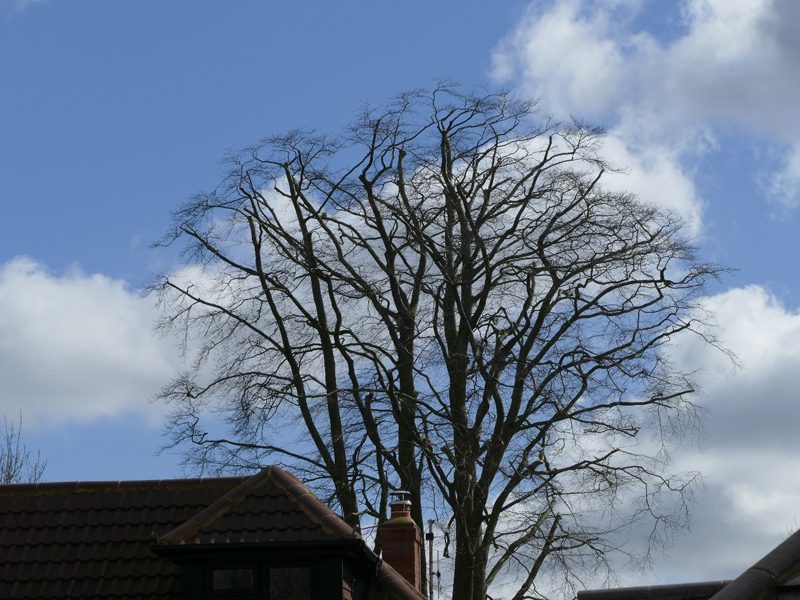 Finally a picture here to show our lead climber, James Jeffery getting up close and personal with this lovely old Beech tree! 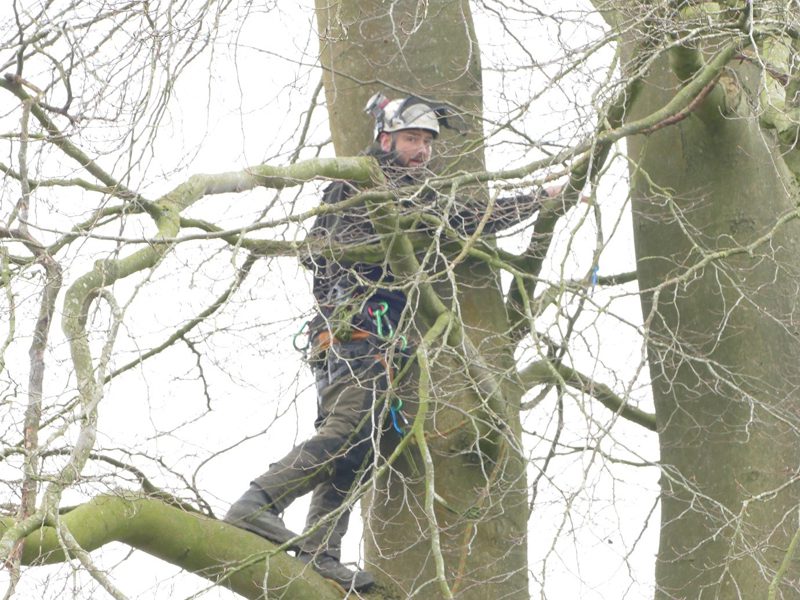