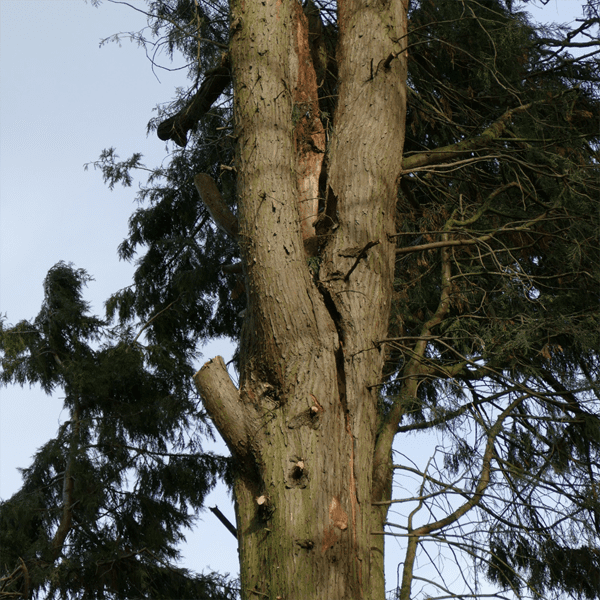 We undertook section felling of two dangerous trees in a Watlington Garden in South Oxon.

The Leyland Cypress trees were not safe to climb and had to be section felled within the garden from a MEWP. Recent storm winds left the tall trees in a dangerous condition with broken branches hanging and large splits running through the main trunks from failed stem unions. There were several large splits running through main forks on both trees, as seen in the photo above. 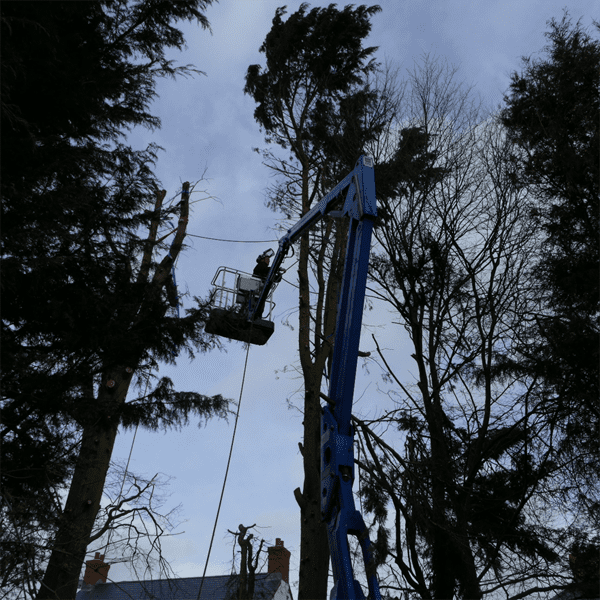 We assessed the trees and realised that they could fail at any point with damage to the fencing, gardens and trees beneath as an inevitable consequence. The splits in the main stems on both trees were opening and closing in the breeze and stronger winds were forecast again.

It was not safe to climb either tree so we used our MEWP to access the trees, as shown in the photo above. The first requirement was to fit several 5 ton ratchet straps to hold the trees together and prevent them breaking apart whilst we worked on them. Once the trees were secured in this way we removed most of the side limbs as far as possible, working from the MEWP.

After a few hours both trees were at a stage where they could be safely felled into the garden.  Pull ropes were used to ensure directional felling into the available space without damage to other shrubs and trees in the garden. 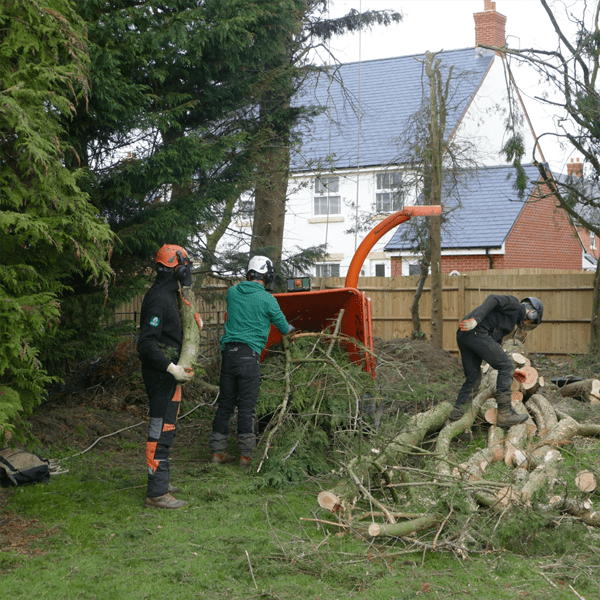 Leyland Cypress are not a very structurally robust trees and this type of failure is not uncommon. This tendency is increased when neighbouring trees are reduced or removed which can affect the wind loading that the trees then experience.

They certainly make a fast and effective screen but usually become a maintenance burden as they increase in bulk and size.  We are often required to remove or reduce this species in particular as they outgrow the spaces they were planted into.

​The photo above shows the team chipping up the branches to leave the garden tidy.