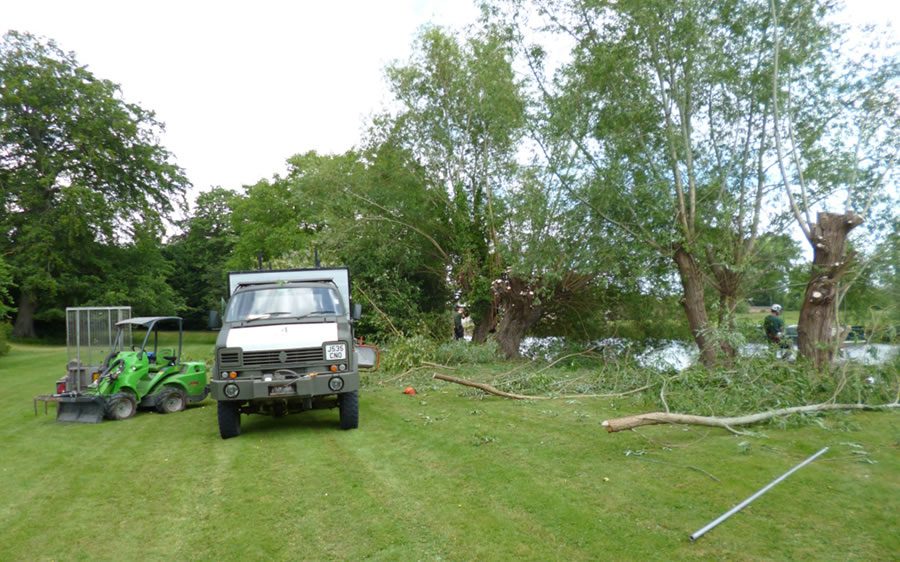 This job involved pollarding several large old Crack Willows at a riverside property near Oxford in order to prolong the life of the trees and open a view to the river. The trees at this property had not been managed for at least 15 years and so large limbs were beginning to split out. 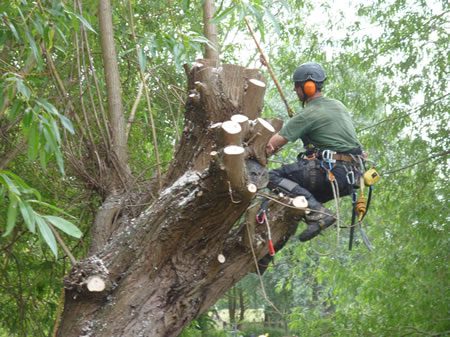 Pollarding is the practice of cutting back branches to the pollard head, usually around 3 meters above ground level. New growth regenerates and within a few short years a new crown will develop. If the tree is not repollarded the new crown eventually reaches a size and weight whereby it splits out from the original bole and so the tree collapses and is lost. Pollarding is a very traditional form of management that goes back many centuries and was originally practised as a method of producing leafy new growth for animal fodder.

Pollarded Willows are a traditional feature along many rivers in Oxfordshire, such as the Rivers Thame, Cherwell, Thames and Windrush. Streams and drainage ditches are also often lined with Willow trees that may have been managed by pollarding over centuries.

This is a familiar and attractive part of our landscape feature that provides great benefit to wildlife. Little Owls are one of the more interesting and unusual species that are associated with Willow pollards in Oxfordshire. These birds nest in the cavities that form in the decayed bole of mature pollards.